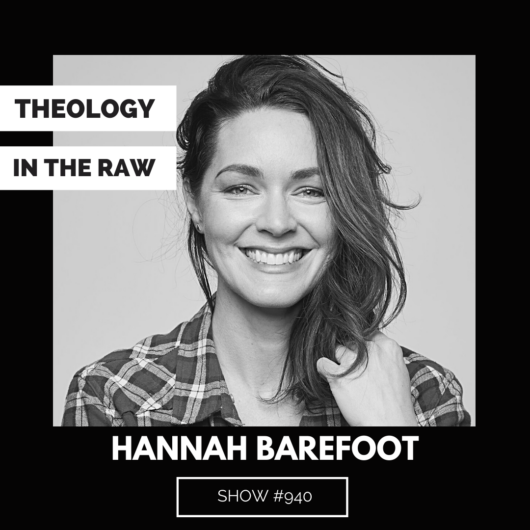 940 – Being a Christian in Hollywood: Hannah Barefoot

Being a Christian in Hollywood: Hannah BarefootTheology in the Raw

Hannah Barefoot is a theatrically trained actress, singer, and dancer originally from Cody, Wyoming. Her first leading role role in the cult favorite, ‘The Falls: Testament of Love,’ earned her a reputation as a raw and vulnerable dramatic actress early on, while her work in improv developed her comedic chops. She has since starred in many movies and TV shows including King Richard, CSI, Chicago Med, Creepshow, LA’s Finest, Criminal Minds, Good Girls Revolt, and many others.

As a singer, Hannah is one half of an indie-folk-rock duo, The Luminous Grey, alongside her husband, Andy Barefoot. Their music has been commissioned and featured in feature films, including two of Hannah’s films, and she was recently the lead in renowned choreographer Galen Hook’s western musical film, ‘There Once Was a Woman.’

In this episode, Preston talks with Hannah about what it’s like being a Christian in Hollywood. She takes us behind the scenes and discusses her raw and vulnerable perspective on God, life, acting, Hollywood, and how she understands the art of acting in light of the kingdom of God.

Theology in the Raw Conference – Exiles in Babylon

At the Theology in the Raw conference, we will be challenged to think like exiles about race, sexuality, gender, critical race theory, hell, transgender identities, climate change, creation care, American politics, and what it means to love your democratic or republican neighbor as yourself. Different views will be presented. No question is off limits. No political party will be praised. Everyone will be challenged to think. And Jesus will be upheld as supreme.

Stay Up to Date with the Podcast

#1026 – Death to Deconstruction: Reclaiming Faithfulness as an Act of Rebellion: Josh Porter
#1025 – Q & A Podcast: Penal substitution, emotions and hell, old people having sex, and Mike Winger’s women in ministry series
#1024 – Living As an Exile in Babylon: Jon Tyson
#1023 – Toward an Ecclesiology of Podcasting: Mike Erre
#1022 – Rethinking Church through Micro-Churches as Missional Communities: Lucas Pulley
#1021 – My 15 Year Old Daughter Peppers Me with Lots of Hard Questions about the Bible and Christianity: Josie Sprinkle
#1020 – Marriage, Sexuality, and the Christian Worldview: Lou Phillips
#1019 – GenZ, Youth Groups, Starters vs. Maintainers, Chris’ Bucket List, and Preston’s Inner Rage Monster: Chris and Preston Sprinkle
#1018 – An Egalitarian View of Women in Ministry in Light of the Greco-Roman Context: Dr. Lynn Cohick
#1017 – Deconstruction, Progressive Christianity, and Church Planting among the Disenfranchised: Tony Scarcello