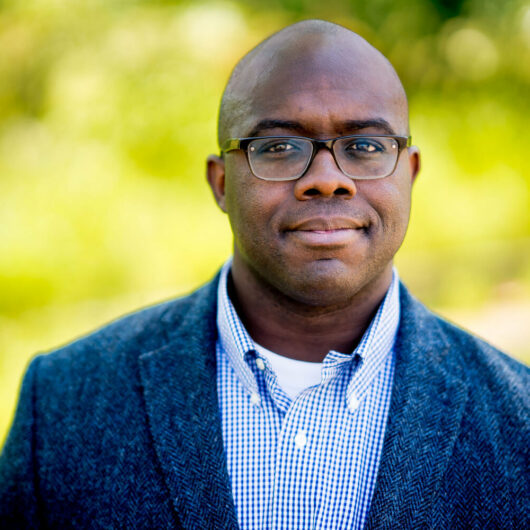 The Rev. Canon #EsauMcCaulley, PhD is a New Testament scholar and an Anglican Priest. He completed his doctoral studies at the University of St Andrews where he studied under the direction of N.T. Wright. His research and writing focus on Pauline theology, African American Biblical interpretation, and articulating a Christian theology of justice in the public square

His second book #ReadingWhileBlack: African American Biblical Interpretation as an Exercise in Hope will be published by Intervarsity Academic press (September 1, 2020). Reading While Black looks at the tradition of African American biblical interpretation and argues that the Bible rightly understood and read from a decidedly black perspective can speak a word of hope to African Americans in the United States.

Alongside these more academic works, he writes popular pieces. He is a contributing opinion writer for the New York Times. He has also appeared in outlets such as Christianity Today and the Washington Post. He is also the host of the Disrupters Podcast and functions as a Canon Theologian for his diocese.

Dr. McCaulley, currently, serves as assistant professor of New Testament at Wheaton College in Wheaton, IL. He is married to Mandy, a pediatrician and a Navy reservist. Together, they have four wonderful children.

Misreading Scripture and Phoebe the Letter Carrier (and Interpreter?): Dr. E. Randy Richards
Are We Being Discipled By Our Phones? Jay Kim
Dispensationalism, LGBTQ, Priscilla and Hebrews, Revoice, Christmas Trees, Head Coverings, and More: Q & A with Preston
Racial Reconciliation as Christian Discipleship: Michelle Sanchez
#1026 – Death to Deconstruction: Reclaiming Faithfulness as an Act of Rebellion: Josh Porter
#1025 – Q & A Podcast: Penal substitution, emotions and hell, old people having sex, and Mike Winger’s women in ministry series
#1024 – Living As an Exile in Babylon: Jon Tyson
#1023 – Toward an Ecclesiology of Podcasting: Mike Erre
#1022 – Rethinking Church through Micro-Churches as Missional Communities: Lucas Pulley
#1021 – My 15 Year Old Daughter Peppers Me with Lots of Hard Questions about the Bible and Christianity: Josie Sprinkle